When you drop $200 or more on a curling iron, what are you paying for?

Sure, some pricey, professional curling irons are worth their weight in gold. But for the average person, an inexpensive curling iron is going to get the job done. So, what is the best cheap curling iron? How do you know what’s worth buying?

We put together this guide to help you out.

First things first, how do we define the “best budget curling iron?” After all, what’s cheap for one person might not be cheap for another.

We limited our roundup and search to the best cheap curling iron under $30. While a few of the curling irons on our list cost much less than that, a couple do inch closer to $30.

Price aside, we looked at the same features we would use to rate other curling irons, regardless of price point. 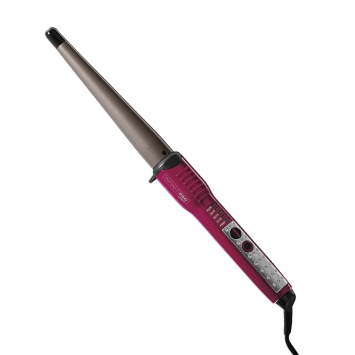 The Infiniti Pro by Conair Tourmaline Ceramic Curling Wand has a few things going for it, price aside.

For one thing, it’s a tapered wand, which gives you more styling options compared to a straight up and down barrel. For another, despite its low price point, the wand is coated in tourmaline, which helps to fight frizz and can help the wand heat evenly.

The curling wand maxes out at 400 degrees Fahrenheit and has five heat settings, making it a good pick for people of all hair types.

People who’ve used the curling wand have praised its ability to heat quickly and its ability to produce long-lasting curls. A few people did note that the numbers on the temperature settings did get rubbed off/erased, which can make it tricky to know how hot the wand is.

One of the issues that people had with the wand is that there’s no clip (since it’s a wand). It can take some trial and error to get used to styling your hair without a clip, and a few people just weren’t up for it. 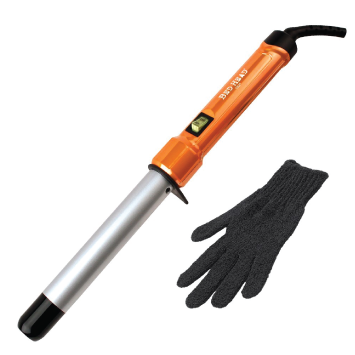 If a tapered wand doesn’t do the trick for you, maybe a curling wand with a straight barrel will work out better. The Bed Head Curlipops Curling Wand for Loose Curls has a 1-inch barrel that’s coated with tourmaline ceramic to help minimize frizz and make your curls shine.

The size of the barrel makes the curling wand a versatile tool. It will create loose curls in short, medium or long hair. Since it’s a clip-less style, you’ll get more natural, relaxed looking waves compared to using a traditional curling iron.

Despite its low price tag, the Curlipops is dual-voltage so that you can use it around the world without worry.

Like the Conair curling wand, the Curlipops heats up to 400 degrees. The one downside of that is that it doesn’t seem to have any heat controls or adjustable settings.

People who’ve used the Curlipops have been pretty pleased with its performance. A few praised its ability to heat up quickly.

A few were also happy with the swivel cord, which didn’t get tangled up while they styled their hair.

The one thing people weren’t so happy about was the lack of temperature controls. A few were also upset because they thought that the curling wand didn’t get hot enough to curl their hair effectively.

Another inexpensive curling wand, the Remington Pro is wider than the Conair (up to 1.5 inches) and tapered. It’s also got a super durable Pearl Ceramic coating, which is supposed to help the curling wand last for longer.

Another benefit of the Pearl Ceramic coating is that it’s super smooth, so curls glide easily off of the barrel. If you’re looking for a cheap styling tool that will help you get loose waves, this is the one to choose.

The Remington Pro styling wand does get just a bit hotter than the Curlipops and the Conair, up to 410 degrees. It also has digital controls, so you can see just how hot it is.

A temperature lock prevents the curling wand from heating up or cooling down while you’re using it.

One complaint people who’ve used the Remington Pro had about it was that it was difficult for them to keep their hair wrapped around it.

Since there’s no clip, the wand is tapered, and the Pearl Ceramic coating is super smooth, it can be tricky to wrap the hair, and have it stay in place.

Otherwise, people were largely happy with the curling wand. Some have said that they’ve had trouble using a curling wand, but didn’t have any difficulty with this one. 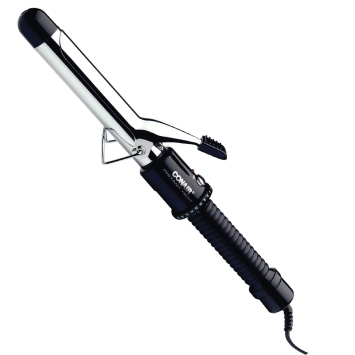 If you’re looking for an inexpensive, starter curling iron, the Conair Instant Heat might be just the one for you. The least expensive curling iron in our round-up, it’s also the only one not to have a tourmaline or ceramic coating.

Instead, the barrel is coated with a combination of chromium, nickel, steel, and copper. While that mix of metals can help it heat up, it won’t minimize frizz or prevent hot spots.

The curling iron’s 1-inch, straight barrel makes it suitable for a range of hair lengths and a range of curl styles. Since the iron does have a clip, getting your hair to wrap around the barrel isn’t too much of a challenge.

Another feature that makes the Conair Instant Heat great for beginners is the extra-long cool tip on the end of the barrel. You don’t want to risk burning your fingers while you’re figuring out how to curl your hair.

The Instant Heat Curling Iron has 25 heat settings and a turbo heat feature, which bumps the temperature up by 36 degrees Fahrenheit.

For the most part, people have been pleased with their Conair Instant Heat curling irons. Most note that it heats up quickly and does a good job creating curls in their hair.

Those who aren’t so happy with the curling iron note that it’s a bit on the small side regarding length. 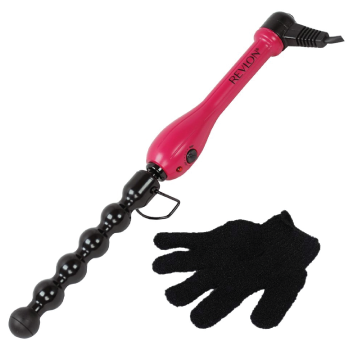 Now for something a little different. The Revlon Salon High Heat Curling Iron Ball Wand has a bumpy, “bubble” texture up and down the length of the wand.

The bubbles on the wand are designed to help make it easier for people to create beachy waves in their hair. You can wrap your hair over the bumps or between them depending on the type of curl you want to create.

Since the Revlon tool is a styling wand, there’s no clip. But the bubbles on the wand help to hold the hair in place, so it’s a little easier to use compared to other clipless wands.

The wand heats up to a maximum temperature of 420 degrees and has a total of 30 heat settings. The barrel is coated with tourmaline ceramic to help control frizz.

Those who’ve used the Revlon styling wand have called it effective and affordable. Others have praised it for doing a really good job at creating the curls they want.

Should You Use a Cheap Curling Iron?

Is the best inexpensive curling iron going to be the right pick for you? Or are you better off sticking with a more expensive “professional” tool?

It all comes down to your hair type. While people with thick hair might benefit from the high heat settings offered by pro curling irons, people with fine hair are more likely to end up with burned or damaged locks.

That’s right, using a pro tool can be disastrous for your hair if it’s on the fine or thin side.

Here’s another thing to know about the best cheap curling iron. Many budget-friendly irons have the same features you’d find in pricier models.

For example, plenty of inexpensive models are tourmaline or ceramic coatings, which help maintain even heat levels and minimize frizz.

Although a cheap curling iron might not heat up to 430 degrees, a good number of them do.

This is all to say that the only thing you might miss out on when you go for a cheap curling iron over a pricier one is a higher price tag.

While the best cheap curling iron might be the right pick for some people, there are still a few risks to using one.

One of the biggest risks of using a cheap curling iron is that you might just burn your hair with it.

“Hold on,” you might be saying, “didn’t you just say that cheap irons don’t get as hot as higher-end models?”

Yes, that’s true. But it’s also the case that people often try to compensate for a lower heat setting by keeping their hair wrapped around the barrel for longer.

Holding your hair around the barrel of a curling iron for more than 10 seconds is going to cause damage, even if you use a protectant spray.

When using the best curling iron for the money, following these tips will help you enjoy long-lasting curls and will help protect your hair.

Which cheap curling iron do we recommend the most?

We’re going to name the Infiniti Pro by Conair Tourmaline Ceramic Curling Wand as the best cheap curling iron in 2018. It’s a versatile size, doesn’t heat up super-hot and has adjustable heat settings, making it an excellent pick for a range of hair types and styles.